September 16th, 2019: Canadian University Dubai (CUD) has staged a dazzling display of cross-cultural talent in a thrilling competition showcasing dance performances from the world of K-pop. Representing the origins of what is now a worldwide phenomenon, the event was attended by the Consul General of the Republic of South Korea, His Excellency Chun Yong-Wook, who paid tribute to the fusing of East Asian and Western cultures which he said has formed the unique characteristics of this musical genre.

Featuring 16 dance acts, as well as special performances from the CUD dance club and the Sejong Cultural Center, the evening brought together students of different age groups and nationalities from across the UAE to demonstrate the synchronisation, expression, footwork, and even fashion that represent some of K-pop’s most celebrated bands. Reflecting the immense popularity of the genre, the event drew in an unprecedented crowd of student performers, family supporters, and K-pop enthusiasts from across the Emirates.

Conceived by members of the CUD dance club and led by the University’s Student Council, the competition was the first event of its kind in the UAE. Dance club member and organizer, Ahmad Chaalan, explained, “The club is about bringing people together in a celebration of music and dance across the university and we wanted to build on this goal and create an opportunity to involve the wider community.” Fellow dancer and organizer, Nagiya Taher, continued, “K-pop has really captured the imagination of people from all cultures, so we saw this as the perfect genre to unite our diverse population in the UAE and we have been overwhelmed by the response.”

Alongside HE Chun Yong-Wook, the event was attended by Vice Consul of the Republic of Korea, Ms Kyu Min Kim, as well as members of the University’s senior management. Opening the competition, Dean of Student Affairs, Dr. Rami El Khatib, said that the event was part of the university’s commitment to promoting cultural learning, which is now embedded in the curriculum with the recent launch of the University’s Bachelor of Arts in Creative Industries program. Rivaan Mager, who coordinates music activities at CUD, went on to speak about its importance as a vehicle for unity, and faculty member, Dr. Ty Choi, energized the vast audience with his Korean dialogue.

Following the performance set, the judging panel, which included Gulf News’ K-pop columnist, Samar Khouri, was left to reflect on the spectacular display of talent and shortlist the competition winners. The individual category was won by 12 year old performer, Nate K, and taking the top spot among the groups was District 9, while Jared was crowned the overall competition winner. All winners were presented with prizes donated by event sponsors, Huawei and Kpop Chicken.

Reflecting on the success of the competition, Vice President of the Student Council, Maryam Farhmand, said, “Everything about the event has exceeded our expectations; from the talent of the performers to the response from the audience, and the interest of the dignitaries who honored us with their presence. We have been truly amazed by its success and we are already planning the next competition, which we hope will be even bigger and better.” 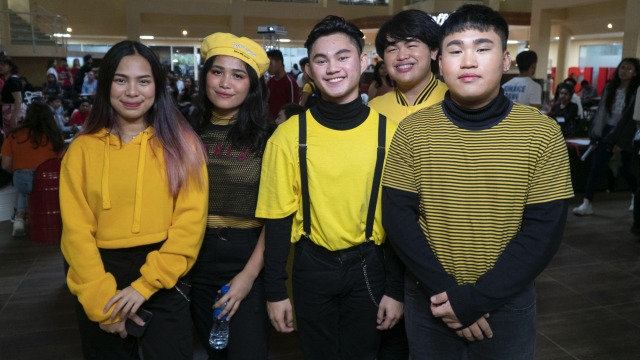 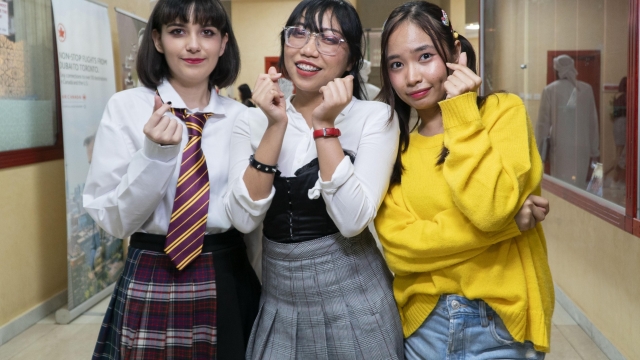