March 20th, 2019: Canadian University Dubai (CUD) student, Nida Ali, is among a team of innovators that has developed a new smart-phone application to help combat cyberbullying among young people. The app and associated campaign was awarded first place in the recent MBC Student Hack competition, hosted as part of the Dubai Lynx festival of creativity.

Nida and her teammates conceived the idea to raise awareness of online bullying and to create a culture of self-contentment in response to the competition theme of promoting tolerance, in line with the UAE Year of Tolerance.

Under the banner “I Am Enough”, the team used the Zen Buddhism symbol, Enso, to promote personal acceptance and wellbeing, and spread the message through the use of a filter on Snapchat, a platform widely utilised by young people in the UAE.

The centrepiece of the creative campaign was a smart-phone application, developed to help people suffering from cyberbullying to connect with certified professionals and to receive personalised support and group therapy.

A senior advertising student at CUD, Nida explained, “The competition brief challenged us to come up with a corporate social responsibility initiative that reflected the theme of tolerance, which led us to conduct a lot of research into the issues that young people are facing in everyday life. We found that cyberbullying is something of a growing concern, particularly around issues of appearance, for example.

“We wanted to convey a simple but important message, that irrespective of how anyone looks, they should always know and believe in the fact “I am enough”. Alongside this, we wanted to create an interface that could offer anyone suffering from cyberbullying the opportunity to access professional guidance and support, and this led us to develop the prototype for a new app.”

Nida and the team presented their online campaign and app in front of a judging panel of industry professionals during the final stage of the MBC Student Hack, where they were crowned overall winners of the competition among five other shortlisted teams.

Speaking about the contest, Nida said, “Participating in this event has been a unique experience and being part of a team that has created an important real-life campaign has helped me develop both personally and professionally.” 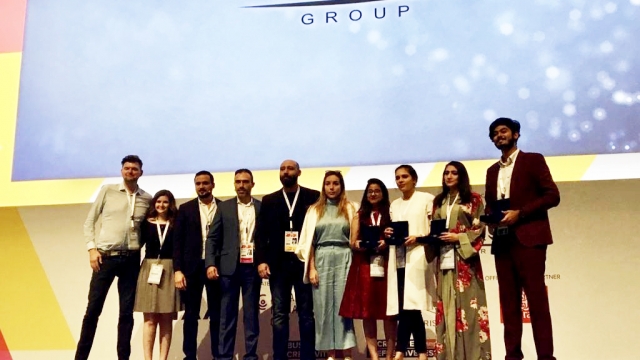