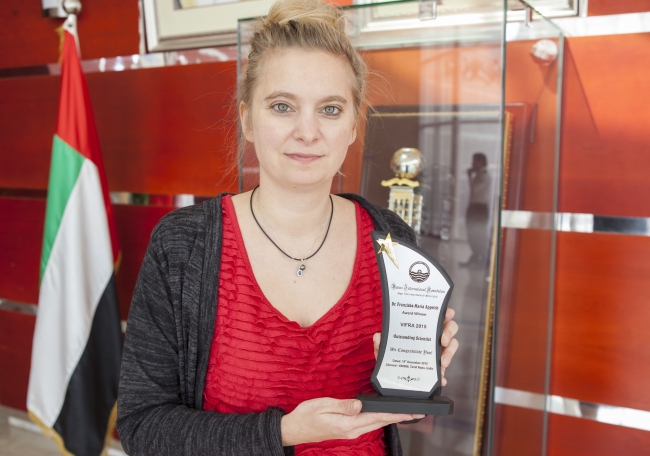 January 14th, 2016 Dr. Franziska Apprich, Assistant Professor in the School of Communication and Media Studies at Canadian University Dubai (CUD), has been awarded the title of Outstanding Scientist at the Venus International Foundation Research Awards (VIFRA). She received the accolade for her pioneering study into autonomous sensory meridian response (ASMR), a psychological phenomenon that can provide an outlet from the pressures of modern-day media overload.

As a highly distinctive yet under-investigated area of scientific research, Dr. Apprich’s study on ASMR caught the attention of the interdisciplinary VIFRA judging panel, who selected her as the Outstanding Scientist in the field of media and communication for her paper ‘The Impact of ASMR on the Social Media generation.’

Explaining the fascinating and growing phenomenon, Dr Apprich said, “ASMR offers relaxation through calm eye and ear whispering contact, precipitating what is often described as a ‘tingling sensation’. Using ASMR footage as a means of releasing the anxiety surrounding the pressure of social media is among the most common activities of today’s multimedia generation.”

While providing an outlet from the pressure of social media, the practice has itself established a strong online following. Dr. Apprich continued, “The ASMR community interacts via its own social media sites, including social networks such as Facebook, MySpace, and Twitter; video sites such as YouTube; as well as blogs. Yet while early psychologists recognized the power of meditation and its unique potential for the human brain, somehow ASMR has remained under-explored in science.”

Having identified the potential for ASMR to improve psychological conditions such as anxiety and depression, Dr. Apprich embarked upon a scientific study with Dubai Neurologist Center, to explore its effect on a group of research participants, among whom were sufferers of panic attacks, depression and sleep disorders.

During the research, participants were placed on a bed and covered with a blanket. The lights were dimmed, eyes closed and – for the purposes of this particular study – the sound of someone chewing gum was played. After exploring ASMR, participants were interviewed to gather information about their experiences.

Dr. Apprich reported, “We found that people with anxiety problems became calmer, people with sleep disorders fell asleep and people with depressions felt lighter. Furthermore, the research found that the longer the participants were exposed to the sound – though some even disliked it at first – the more they relaxed. Notably, some have even replaced medication for ASMR following the research.”

While still in its infancy, Dr. Apprich believes that there are strong prospects for ASMR to be applied in a clinical context. She concluded, “My research has shown that people with great anxiety came down with the simple sound of chewing gum; a phenomenon that was actually new to the neurologist and nursing teams. The introduction of ASMR as a respected and scientifically proven outlet for social media generations requires ambassadors to stand with it, explore it and celebrate it.”

Dr Apprich collected the Outstanding Scientist award at a ceremony in Chennai, India last month. She was among a group of leading academics who were recognized for their contribution to finding solutions to some of the world most difficult challenges. 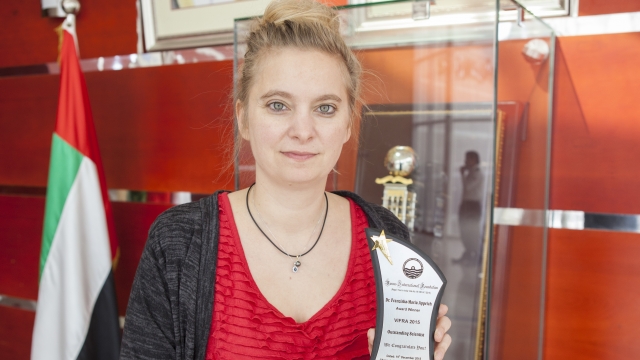