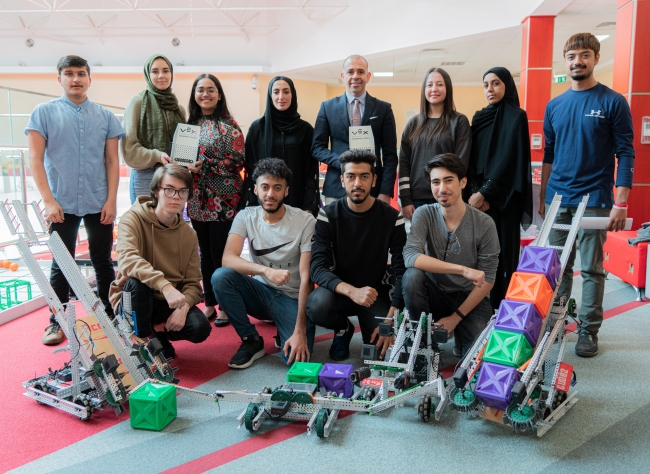 March 9, 2020: The CUD Engineering Team under the name “Do-Smart” beat four teams from the region’s major universities to win the VEXU MENA Region Robotics Challenge that took place on February 15, 2020.

The VEXU college and university competition has more than 300 teams competing in local tournaments and at VEX Worlds. Based on the VEX Robotics Competition, VEXU teams are allowed more customization and greater flexibility than other grade levels while providing the effective costs and real-world limitations of a restricted development environment.