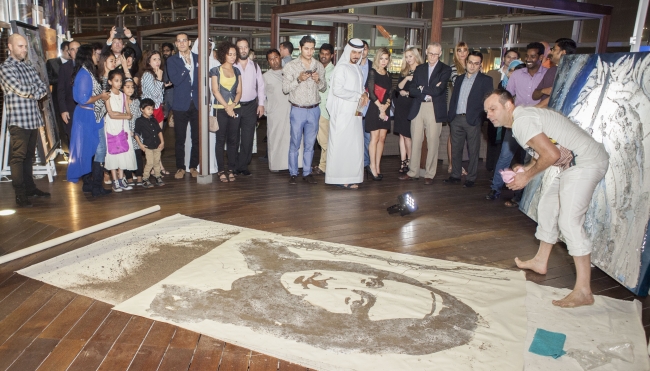 Renowned for his world-record feat of creating the largest ever sand portrait of the late Sheikh Zayed earlier this year, Tremblay, who is a visiting lecturer at the Canadian University Dubai (CUD) School of Liberal Arts and Sciences, employed the same technique to produce a striking image of the Mona Lisa, in front of a gathering of VIP visitors at the exhibition.

Tremblay was one of seven leading artists invited to exhibit at the event and the only painter to give a live performance of crafting his artwork. Admitting he was apprehensive about performing live, he wowed the audience with his unique technique of creating an outline with glue and scattering it with sand, which was then shaken off to reveal the final image.

“It’s quite unusual for artists to work in public as we’re always concerned that something might not go to plan, so naturally I was nervous about the performance”, he revealed. “But it turned out to be an incredible experience, creating and image of an artistic icon in one of the world’s most iconic buildings.”

The exhibition was hosted by Art UAE, an independent organization established in 1971 to support emerging artists and arts groups, and to promote the culture and heritage of the Emirates through all art disciplines. Having showcased the landscape of the UAE in his portrait of Sheikh Zayed, Tremblay also made use of the desert sand in his latest creation.

“The different Emirates have different variations of sand and this provides the ideal opportunity to integrate other colours into the piece while featuring the country’s natural beauty in the work of art,” he explained. “While the technique was practiced for the portrait of Sheikh Zayed, this challenge was very different, as I only had a short time to complete the piece in front of the audience.”

It’s been a busy year for Tremblay following the creation of his ground-breaking desert portrait, having presented his work at this year’s Abu Dhabi Formula 1 Grand Prix and at the launch of Ferrari’s new California T, as well as leading art-related projects and initiatives at CUD. In summer 2014, he was one of the foreign artists representing the UAE at the seventh edition of the Art Moments Central European Visual Art Festival. 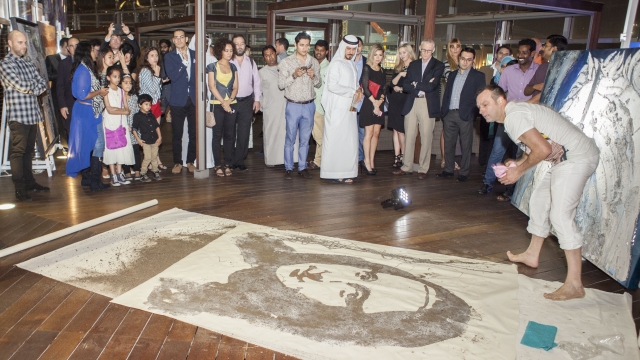 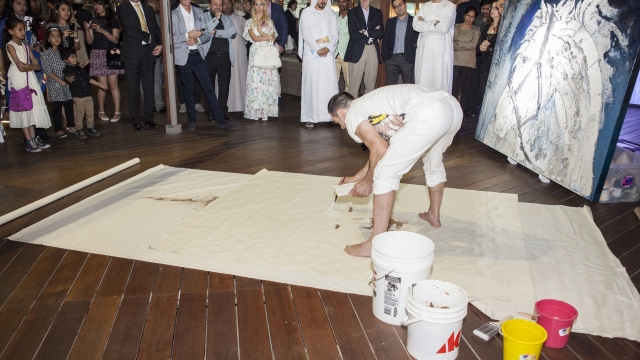 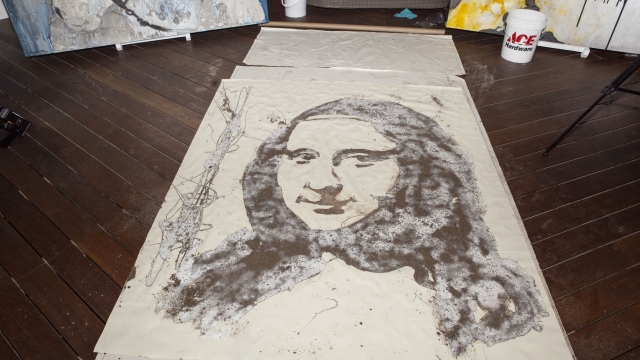