Speaking at the glittering ceremony at Atlantis, the Palm, Sheikh Rashid bin Hamdan al Maktoum said: "Under the patronage of the President Sheikh Khalifa Bin Zayed Al Nahyan and Vice President and Ruler of Dubai Sheikh Mohammad Bin Rashid Al Maktoum and the rest of the rulers of the Emirates, we have made important advances in many fields of research that are important in fulfilling the rulers' vision.

"Wireless and mobile networking plays a very important role as we strive to have the best technology and communications to support the Government, Municipalities and the medical and security industries.

"Our pioneering projects using new technologies for communication networks provided by du and Etisalat are the best in the world, particularly the development of fourth generation networks.

"I would like to congratulate the Canadian University Dubai on its distinguished academic and scientific programs and through holding such remarkable conferences which contribute to the economic, social and knowledge development in the UAE."

"In collaboration with partner research laboratories from Canada, we have developed Research Centres of Excellence that promote excellence in discipline-based research nationally, regionally and internationally. We will develop many more over the next three years.

"We organize many conferences, locally and internationally to enable a knowledge and skills exchange between the UAE and other experts in the field. This week's conference has been a very successful in doing that."

For more information on WMNC'13, visit the official webpage: http://www.wmnc2013.org/ 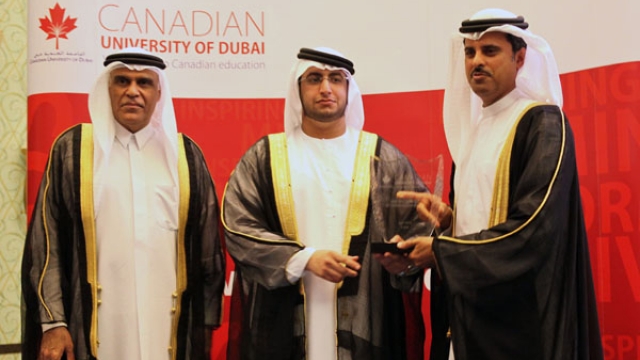